ROVIRA AVIATION has been working in the JET A-1 fuel storage and supply in the EUROCOPTER factory in Albacete (Spain). EUROCOPTER, a leading company in helicopter manufacturing and an integral part of the european aerospace corporation EADS, trusted since the beginning in our technical solvency and quality service for the storage and direct JET A-1 supply to  helicopters, both civil and military, manufactured in their plant.

JET A-1 FOR HELICOPTERS IN FOREST FIRE CAMPAIGNS 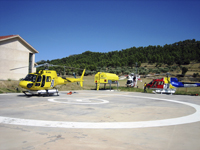 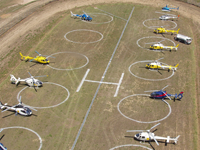 Direct fuel supply to the filming, race direction and VIP passenger aircrafts in Spanish Formula 1 GP in Catalunya circuit (Montmeló) in every edition since 2004. 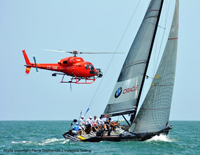 Fuel supply to the filming and regatta control aircrafts during the 32nd & 33rd america's Cup in Valencia (Spain) in 2007 and 2010. 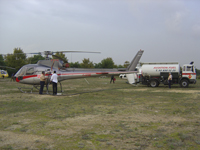 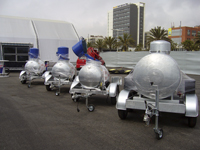 During 2007 and 2009 Red Bull Air Race in Barcelona, the organization trusted in our services of transport and storage both for AVGAS 100 LL and JET A-1 fuels. We supplied AVGAS 100 LL to the planes taking part in the competition and JET A-1 to aircrafts involved in the filming of the event.

Since 2010 edition, our company has carried out the transport and direct supply of JET A-1 to the aircrafts involved in the filming and race control of la Vuelta Ciclista a España, the longest and most prestigious cycle competition in Spain more than 6.000 Km and a significant fuel consumption. 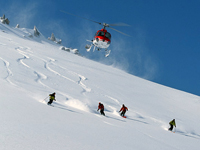 Fuel supply to the JET A-1 storage facilities dedicated to heliski in Val d'Aran (Pyrenees). 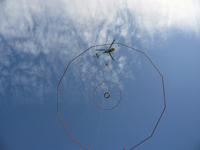 Transport and direct  JET A-1 fuel supply to a helicopter specialized in finding new mining deposits, for example in the zone of Monesterio (Extremadura) and Valverde del Camino (Huelva), both in Spain.

Direct supply of fuel by means of cistern vehicles to aircrafts that carry out cargo tasks in mountainous zones or areas with complicated access. 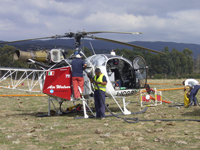 The transport and direct supply  of fuel services to  aircrafts working in the checking and mantainance of overhead electric-power transmission lines is a very normal activity for our company all around Spain and even in southern Europe. 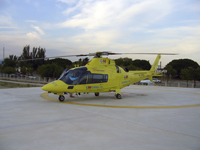 Fuel supply of  JET A-1 tanks to the aircrafts of the Medical Emergences Service in Catalunya (Spain).